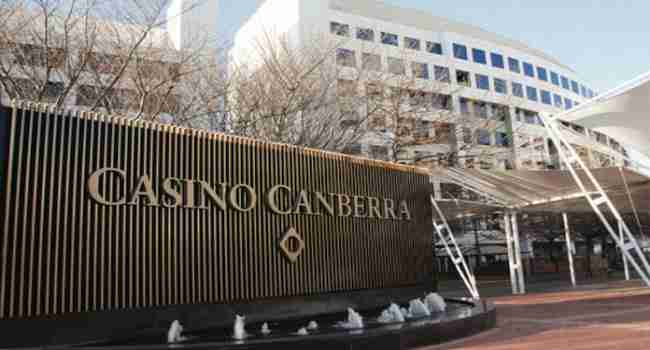 Aquis Entertainment limited is an ace casino operator in Australia.

The company has said that they are looking to go for a bid for their casino property in Canberra, Australia.

In a statement, the company said that ‘it is temporarily suspended its share to be traded because they are going to consider a second bid for its Casino Canberra property.

Aquis Entertainment is a Sydney based casino firm which has already agreed to make a deal with Oscars Hotels Australia Proprietary Limited to offload it’s 38,750 for $35.85 million.

According to the deal, there was a clause that the seller will receive $2.06 million in cash for their unspecified expanses.

But, the Aquis Entertainment limited has made it clear that they are going to have a bid for second time because a third party getting involved with it which is offering higher value to their property than  Sydney based Oscars Hotels Australia Proprietary Limited.

The company earlier said that they will use the sold money to pay their debts, to look for other businesses and to distribute almost $22 million its shareholders.

In the year 2014, Aquis Entertainment limited purchased an aging Canberra casino for $5 million.

Some of the reports also suggested that the company will acquire more properties in Canberra to develop gaming things in the city and to have 500 slot machines with them, but they denied the reports in December 2018.

Aquis Entertainment is the only casino property in Canberra. The Government authorities were trying to regulate the casino by making it to have 60 electronic gaming machines and 200 slots.

Australia is one of the best countries in the world which has several gaming options for it’s’ people. There are several offshore online casinos that accept Australian players.

You can check out best aussie online casinos or top rated Australian casino sites if looking to play online pokies in the country.