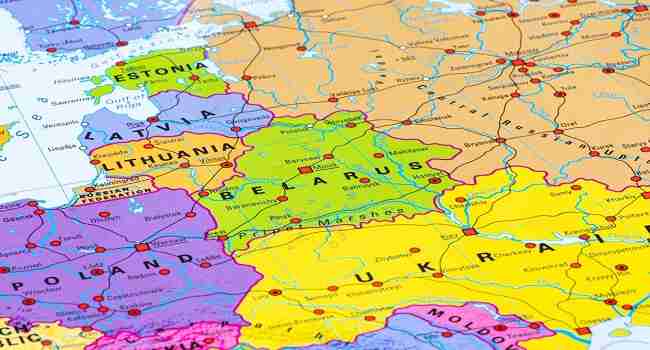 Lithuania and Ukraine have signed a deal to supervise unethical gambling and lotteries in their respective territories.

The government of Lithuania and the Lithuanian gaming authority made an announcement about the same.

A press release made by the gaming authority of Lithuania elaborates that they have signed a memorandum of understanding with Ukraine’s Gambling and Lotteries Regulation Commission.

An official press release of ‘Lithuanian Ministry of Finance’ focuses that the new alliance between Ukraine and Lithuania will work along.

These two gaming regulators will cooperate and will work to supervise gambling and lotteries.

The press release also stress the ‘impertinence of international cooperation’ while controlling iGaming kind of things in these two Baltic nations.

The Republic of Lithuania is a small country of region of Europe. This is one of the 3 small Baltic countries.

Total population of Lithuania is over 2.8 millions. Lithuania has recently regulated its online gambling market through Lithuanian Gaming Authority.

The country has waived the existing requirement that only local Lithuanian online casinos will operate in the country.

The Director for the Gaming Control Authority of Lithuania Mr. Virginijus Dauksys says that he made the press release.

According to Dauksys, Lithuanian Gaming authority and its Ukrainian counterpart will look after the ‘the targeted objectives’.

Dauksys made an statement that Says-

‘We are very pleased to announce that we ‘the gaming authority of Lithuania’ have signed a deal with ‘Ukrainian Gambling Authority’.

Our new partner and colleagues are the authority of a proud country and we hope that this cooperation will be mutually beneficial for both of us, Dauksys further said.

Lithuania has already approved iGaming entertainment kind of things in its territory since 2016.

The country has some of the largest online casino operators operating in this country.

Now, that Ukraine and Lithuania has agreed to signed a deal to look after online gambling and sports betting in their respective countries, it will be easy for international casinos to work ethically.