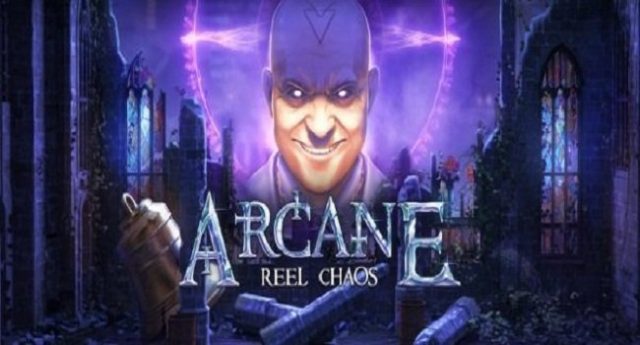 Arcane: Reel Chaos is an online slot developed by NetEnt for which reels are 5 and Paylines are 20. Betting range for this superheroes based slot machine starts from 20p per spin and it goes up to 20 per spin.

With a jackpot of offer 1000 times of your stake, this slot is playable across all devices such as Android phones, iOS phones, windows, tablets or computers.

There are 5 bonus features available in this game including free spins feature and a multiplier of up to 5x.

The game is about 4 superheroes who are trying to protect their cities from evil forces. The game also comes in with random wilds, wild reels and multipliers.

The Arcane: Reel Chaos slot looks very nice on the tablets, mobiles or desktop. The game is being set in a church where you will see some low paying symbols such as A, K, Q, J and 10, while super heroes like lare, Zero. X, Chrono and Psyop can also be seen on the reels of the game.

The game also consist a wild which replaces all other symbols on board except the scatter.

0 or X’s Overlay Wilds feature- 3 to 5 wilds will be added to the reels if you land zero or x symbol in the base game.

Flare’s Multiplier feature – The multiplier will increase by 3x, 4x or even 5x when you land Flare during base game.

Psyop’s Stacked Wilds feature – You will encounter with 3 wilds land psyop during base game.

Chrono’s Re-Spin feature – This feature will get you a respin and will apply a multiplier of 2x up to 10x.

Free Spins feature – land 3 scatters on reels 1, 3 and 5 and you will trigger the free spins feature which comes in 4 different stages.

Arcane: Reel Chaos could be a great slot game for you because it can get you a whooping 10,000 times stake payout during Chrono’s Re-Spin feature that applies 10x of multiplier.