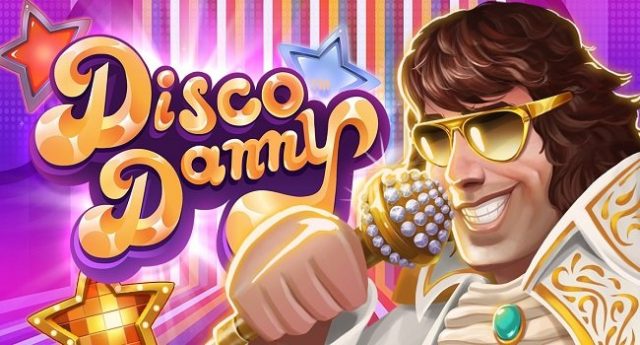 As the name suggests, The Disco Danny is a disco themed video slot machine 3 reels and 3 Paylines powered by Net Entertainment and is playable across all of your devices such as tablets, mobiles and computers.

The con sizes for this slot ranges from just $0.10 per spin to up to $250 per spin. You can play this slot for real money using top NetEnt casinos online listed here at top10casinoreviews.com.

The game comes in with many great features such as Golden Multiplier feature and free spins feature. The maximum possible payout in this game for a single lucky spin of yours could be a massive 4,500x times of your stake and the RTP is 96.04%.

This is a disco themed online slot which contains some classic symbols such as BAR, double BAR, treble BAR and lucky 7 symbols.

There are 2 Disco Danny symbols exist in this game. The Disco King symbol is the highest paying symbol that offers 100x times of your stake for 3 of a kind on your screen.

Disco Danny slot comes in with 2 bonus features like the Golden Multiplier feature and free spins.

The golden multiplier feature is triggered when you have golden catters on your reels. 3 of these symbols will give you anywhere from 10 to 20x times of your stake.

Every golden scatter could bring you 50x times of your stake as well.

So, why you should Play NetEnt’s Disco Danny Slot?

Because, this is a classic and disco themed slot which is playable across all devices including with coin sizes of $0.10 to $250 and offers a massive 4,500x times of your bet as highest Payout. The RTP is also very good and so is the background sound and graphics.