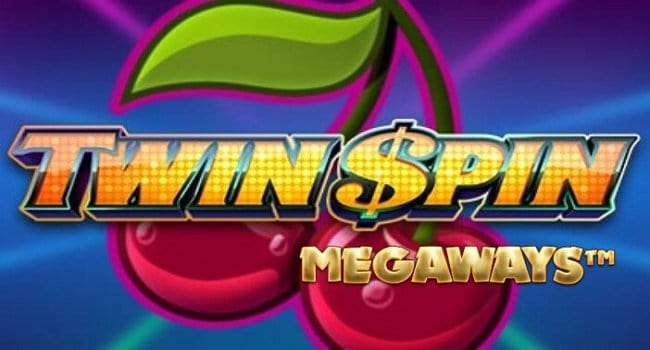 The new Twin Spin Megaways online slot is same as the original Twin Spin video slot which was produced by Net Entertainment and it takes place with 6 reels and up to 117,649 Paylines.

The game is a classic one which is playable across all of your devices including Android phones, computers and tablets with starting coin size of $0.10 per spin to $200 per spin.

The soundtrack and the graphics of this slot are same as the previous one but this is a Megaways slot game which means it would have Avalanche feature and 2 to 7 symbols on every single reel.

The game features 3 bonus rounds including the Twin reel feature and the free spins feature which if activated will give you 15 to unlimited free spins along with up to 3x multiplier. The RTP of this slot is 96.04% and the maximum possible payout could be a massive 38,000x times of your stake.

Twin Spin Megaways is a Las Vegas based slot game where landing at least 3+matching spins from your reel 1 will form a winning combination. The game is awesome when it comes to paying to players.

The Autoplay option will let you play this slot for a chosen number of times.

Twin Spin Megaways is a NetEnt slot which comes in with the Avalanche feature. This feature offers you continuous winning combinations by destroying contributing symbols and replacing them with other symbols.

This feature comes in to play on every spin and when it happens 2 adjacent reels are twinned with same matching symbols.

Landing 5 scatters anywhere on your screen will activate the free spins feature an you would get initial 15 free spins which can be re0triggered to unlimited free spins along with increasing multipliers of up to 3x.