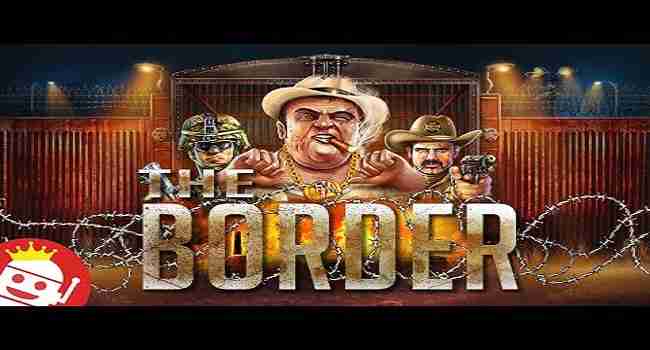 The Border xCluster is a mobile slot game of 6 reels and cluster based paylines powered by Nolimit city Gaming.

As the name suggests itself, the border slot is based on the USA and Mexico Border where you will see the secret tunnels and great American landscapes in the background.

The game is super awesome and it is playable across all of your devices including tablets, mobiles and computers.

The game features wilds, scatters, free spins, bonus games and autoplay option. The minimum coin that can be used to play the Border slot is $0.20 per spin and the maximum is $100 per spin.

This is a high volatile online slot game in which a winning combination is formed when you land at least 5 or more matching symbols.

Nolimit City is a premier iGaming company which is known to create great video slots. The Border xCluster slot takes place with 6×6 reels, cascading reels/symbols and cluster based paylines.

The game comes in with xNudge, xSplit, xCluster, xWays, and xBomb modifiers.

The first modifier is the xWays modifier. If this modifier appears on your reels then it will transform 2 to 4 regular symbol to matching symbols.

xSplits is another modifier which appears on reel 2 to 6 and splits all other symbol to the left. This modifier could bring up to 64x of your stake.

The xNudge feature could go up and down to get you 1x multiplier. It also comes in with increasing multiplier of +1x.

Then you have the xBomb Wilds explode modifier which if comes to play, will remove all other symbols except the scatters.

The game also has a free spins feature. Landing 6 scatters will offer you 10 Mule spins. 7 scatters will give you 12 coyote spins.

Playing the Border xCluster slot is fun. You can play this slot for free or for real money at top 10 online casinos.