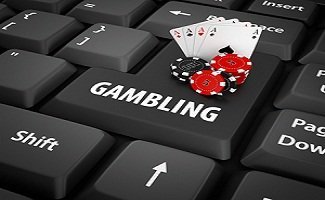 An online casino bill is being introduced in West Virginia. The state is looking to grab something good from this proposal. It would now eighth state of the country to consider iGaming Bill.

H 3067 is the bill, which seeks to legalize and regulate online casino gambling in within the state. The state will now join other states like Pennsylvania, New York, Hawaii, California, Michigan, New Hampshire and Massachusetts which are considering legalizing online casinos in their respective states in 2017.

The West Virginia proposal says that “development in technology and recent legal decision of many other states have created this opportunity for west Virginia to legalize online casino gaming in the state.

It was 2014 when the state looking to admire online gaming. States casinos generated a good $638.5 million from gamblers last year which is 2.6 percent less than 2015. The year 2017 seems to be a bad start for state casinos according to data presented by University of Virginia, Vegas.

2007 was the best year for the state casinos. All the casinos of the state generated $972.6 million in that year, but after that the revenue is in declination mode. Currently there are give land and mortar based casinos are being operated in the state.

According to American Gaming Association, from last many year the state casinos are facing problems due to opening of other casinos in joining states.

The revenue is in declination mode due to lots of new casinos places near the state and that’s why people of West Virginia and moving out of the state for all their gambling need. There are 28 land based casinos operating in the 3 of the 5 surrounding states of West Virginia.

$1.4 billion MGM National Harbor’s was the newly opened casino in Maryland which is just one hour drive from West Virginia casino.