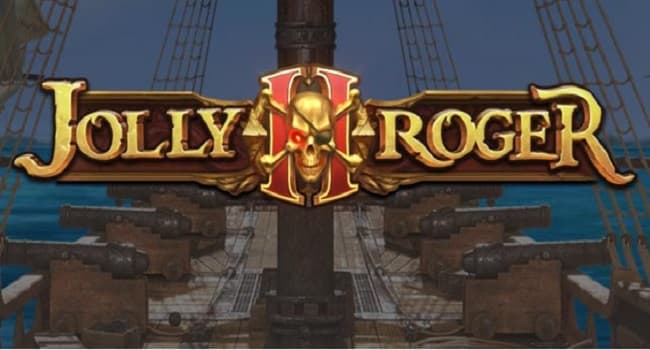 Jolly Roger 2 is a pirate themed slot game which slot takes place on the pirate ship where enemy ships and an ocean can be seen in the background of this game.

This is a pirate themed video slot and hence the symbols here will be related to pirates and their activities.

You will see low value Royals long with skulls with crossbones, treasure chests, scatters, diamonds, and a pirate’s crucifix.

The return of player percentage of Jolly Roger 2 mobile slot is 96.20%

Jolly Roger 2 is a sequel of original Jolly Roger online slot which was released back in 2012 by Play N Go Gaming.

Now the same iGaming company has arrived with Jolly Roger 2 with better payout and multipliers.

This slot is playable across all devices because it is developed via HTML5 which is one of the best web-technlogyies.

One of the most important symbols of this Jolly Roger 2 online slot is the availability of the wild symbol. The wild will appear and would replace other symbols to create a combination for you.

Those looking at the features of Jolly Roger 2, will likely be impressed with the rich offer.

This is the first bonus round of this game which can appear randomly during base game and would give you 2x to 10x times of your bet size.

Lading 3 scatters on reels 1, 3, and 5 will trigger the Bonus Quest feature in Jolly Roger 2 Online slot and you will have 4 options like you can win Instant prizes or could win bottle of Rum free spins or could receive Treasure Hunt and Battle Free Spins

You can receive anywhere from 2x to 20x of your stake if Instant Prizes option is taken.

If you are taking this option then you will receive 1 free spins and the whole reel will become wild.

Taking this option will reward you 10 free spins and a chance to dig more treasure chest (up to 7) which may yield symbol upgrades or win multipliers.

This is the most exciting option of this game which takes place with 3×3 Grid where you will have to fight against ships. The Battle spins are highly profitable. Play Jolly Roger 2 at best mobile casinos.

Not just this but the game also feature 3 different ships including a Dutch ship which offers wilds and high paying symbols.