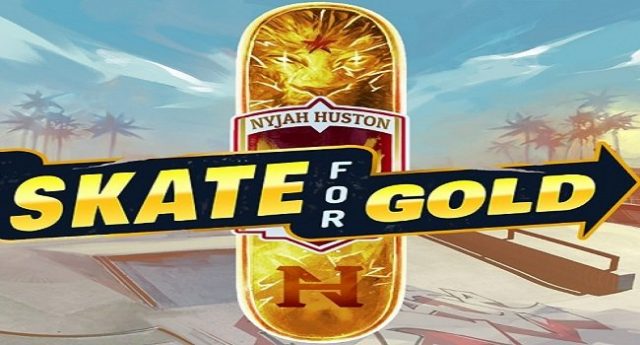 This slot is playabl with all of your devices such as smart phones, mobiles, computers and tablets with betting sizes of $0.10 per spin to up to $100 per spin. You can play this slot using top Play’N Go casinos listed here at top10casinoreviews.com

The game comes in with 2 bonus features including the Wildboard Re-Spin feature and free spins feature while the Maximum possible payout on a single lucky spin of yours could be 5,000x times of your stake. The RTP is 96.2%

The Nyjah Huston: Skate for Gold slot looks awesome on mobile phones as well as on other devices because of its graffiti style graphics. The symbols of this game are S, K, A, T and E as well as different 4 tricky symbols performed by the skateboarder.

The Nyjah himself is the highest paying symbol of this game who offers you up to 25x times of your bet for 5 in a combination.

The game’s wild can replace all other symbols on your screen but not the golden S, K, A, T and E scatters. Land the wilds and you could win up to 40x times of your stake for 5 in a combination.

The Wildboard Re-Spin feature is triggered when you have an active combo meter displays a trick that lands on any reel. The Re-spin will take place and would fetch 2x, 3x, 5x or 10x multiplier.

Landing golden S, K, A, T, E symbols on your reels will trigger this feature and you would receive free spins. Land S symbol on reel 1, K on Reel 2, A on reel 3, T on reel 4 and E symbol on reel 5 to get 12 free spins.

If you land the golden S, K, A, T, E symbols on each reel in succession, you will trigger the Skate Free Spins feature:

The combo meter will come in to play after each free spin and will show you 3 tricks which could again get you the Wildboard Re-Spin feature along with 2 free spins and up to x10 multiplier.