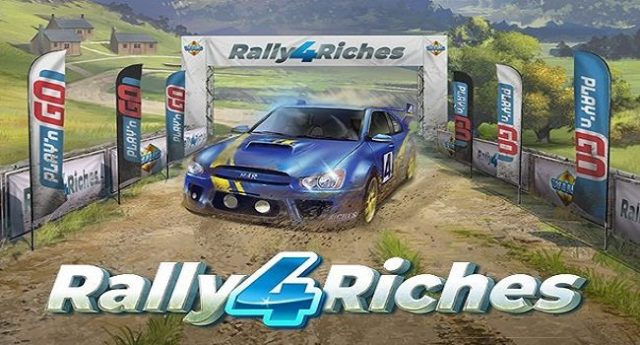 Rally 4 Riches is a car themed and rally driving based online video slot game of 3 reels and 5 Paylines powered by Play N Gaming.

This slot is playable with coin sizes of $0.10 to $100 per spin at any of your devices such as mobiles, tablets or computers. The maximum possible payout in this game could be 5,000x times of your stake and the RTP is 96.25%.

The multiplier feature comes in to play when a multiplier symbol hits on the bonus reel and in that case you would receive multipliers of 2x, 3x, 4x, 5x or even 10x.

In the case of ‘no winning combination’ the main Re-spin feature may get triggered randomly with a Re-spin.

The Nudge Wild feature is activated when you land a Nudge wild on your reels and the rest of the symbols will nudged to entire reel and this situation may lead you towards Bonus Reel Re-Spin feature.

This feature takes place when you land a Bonus symbol on the bonus reel. The feature will show you 25 spaces out of each will give you different reward. The feature also contains stake multiplier or nitro boost.

You can move 6 spaces randomly on a single spin. Landing on whatever space will give you the noted reward determined by a dice roll.

The prize varies from different places. Like if you end up at fourth place then you will get winnings from the board.

If you finish at third then you will get 4 free spins and nudging wilds on every spin.

The second place will give you 4 Win Spin (a guaranteed winning free spin) with nudging wilds on every single spin.

And the first place will give you entry to Jackpot Podium Bonus feature which offers 1,000x times of your stake.