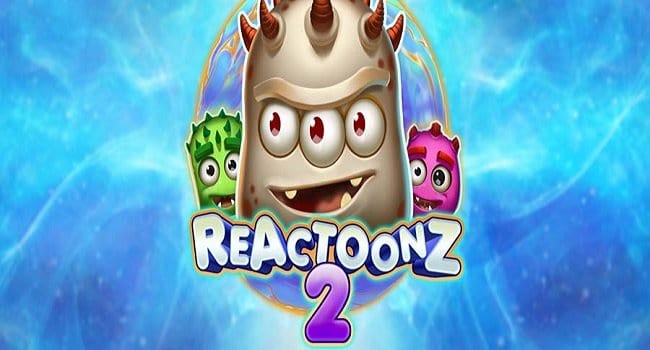 This beautiful and colourful video slot is developed by Play’N Go gaming and is playable across all of your devices including desktop and mobiles. The coin sizes you could use to play this slot for real money varies from $0.20 to $100 per spin.

There are 4 bonus features available in this game including the most attractive cascading reels feature whereas the maximum possible payout is 5,083x times of your stake. The RTP of this slot is 96.20%.

The wild Gargantoon is the wild symbols which replaces other symbols to form a winning combination. Reactoonz 2 online slot comes in with 2 wild symbols like the electric wild and the Energoon wild.

The contributing symbols of a winning combination are removed and new symbol appears on those vacant places during cascading reels feature. This feature provides you an opportunity to land consecutive wins.

This is a great feature of this game. The Fluctometer meter is located on the top right of the grid and contains symbol that fluctuates on every spin. A single electric wild is created when a winning combination is formed.

The Energoon and Gargantoon wilds are called in Quantumeter feature and when an electric wild is part of a combination, the Quantumeter is formed.

This feature is activated when 2 or more electric wilds remain on the grid after above possibilities and if 2 wilds are against each other then they would destroy all symbols and will go for cascading feature.