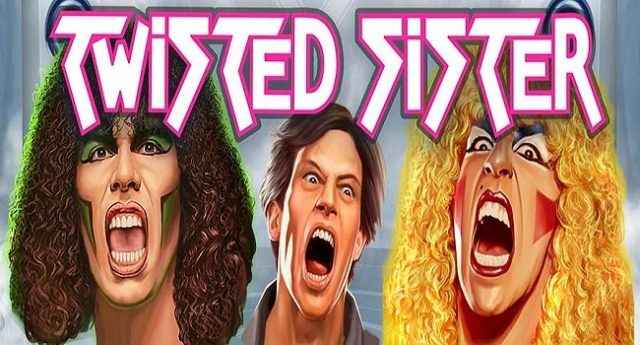 This slot is an official game of original the Twister Sister band which was very popular in America during 1970s because of their greatest song ‘we’re Not Gonna Take It’ appeared in the movie Gung Ho.

The soundtrack of this slot is awesome, the colour combination as well as the graphics are brilliant. You can play this slot using your mobiles phones or tablets or even computers with initial coin size of $0.10 to $100 per spin.

As because this slot is based on Twisted Sister band, you will see related symbols on your screen such as Dee Snider who was the main lead singer of this band, Mark, and Anthony “A. J.” Pero and Jay Jay French, Eddie “Fingers” Ojeda.

The Dee Snider symbol is the highest paying symbol of this game which offers you 250x times of your stake. The game comes in with 2 wilds, the first one is the regular wild and the second one is the wild scatter which is angry dad.

The maximum possible Payout on a single lucky spin of yours could be 4,500x times of your bet while the RTP is 96.2%.

The cascading reels feature is one of the most beneficial features of this Twisted Sister slot machine where contributing symbols of a winning combination are destroyed from the screen and new symbols will take place to create another combination and this continues till you are landing with winning combos.

This is another feature of this game which comes in to play when you have a band member in a winning combination. A band member in a combination will full the Guitar charger meter by 1. This meter can have 15 charges and would give you great results randomly.

Scream feature: The non-band members will be destroyed.

Go Wild feature: Some selected symbols will turn in to wilds..

United feature: some symbols will be transformed in to different symbols.

The Dad Gets Angry feature is activated on a non-winning spin and 2 extra Angry Dad wild scatters are added to your screen while lets you play with the precious We’re Not Gonna Take It feature.

We’re Not Gonna Take It feature

The Anger Meter will collect the Angry Dad symbol when it is a part of a winning combination. Collecting 4 of these will trigger the We’re Not Gonna Take It.

The Mega symbol of (2×2) is also there to get you good positive results.