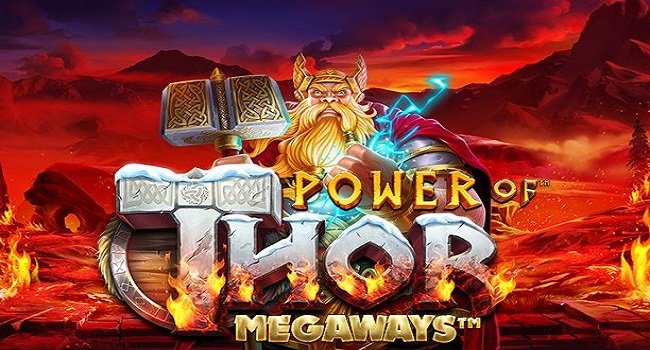 If yes, then you are at right place because we are going to take a look at Power of Thor Megaways Slot which is a Norse Mythology themed slot game developed by Pragmatic Play.

Power of Thor Megaways is a 6 reels and 117,649 Paylines online slot game which playable across all of your devices including mobiles, computers and tablets with coin range of just $0.10 to up to up to $100 per spin.

The game contains A to 9 low paying royals along with ‘Thor’ who is the god of thunder and lights in Norse Civilization. 6 of the Thor symbols will reward you 20x times of your stake. The game features a wild as well as a scatter symbol which triggers the free spins round.

The wild will occur on reels 2,3,4 and 5 and will replace other symbols to create a winning combination. The wild may also stacked throughout the reels.

There are 3 bonus features available in this game and they are Tumble feature, Hammer feature and the free spins feature. The game’s RTP is 96.55% and the maximum possible win could be 5,000x times of your stake which is huge for players.

The tumble feature is same as cascading reels feature where landing a wining combination will remove contributing symbols and new symbols will appear on those positions to get you another set of winning combo.

The Hammer feature is another feature of this slot which offers great Payouts to players.

Land scatter ‘THOR’ to activate the free spins feature and to receive 10 free spins initially. More scatters will grant more free spins and you could end up having unlimited free spins with great multipliers.

Play this slot using best pragmatic play mobile casinos. You can also go with Wheel of Fortune Megaways slot which offers 80,000x times of your stake.