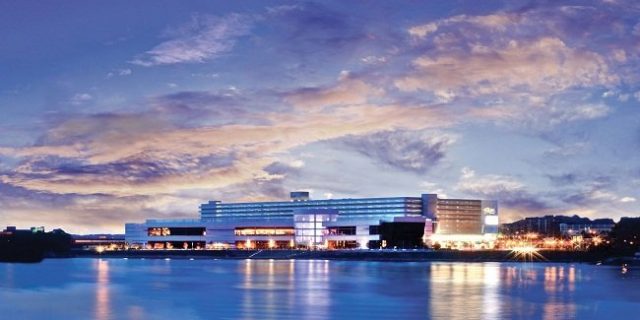 The 2% of the everyday cash earned by slot machines of Rivers Casino goes directly to the city of Pittsburgh for its municipal share; it is about $5.5 Million yearly, which is not enough. According to the state gambling rules, the revenue should be at least $10 Million in a year and hence the Rives casino has to write another check to meet the differences.

Rivers casino is no exception and it has to meet the gaming standards of the state. Last year North Shore casino cut a check of remaining $4.5 Million to the municipal corporation of the city just to meet the differences.

According to the report other eight casinos of the state paid the minimum amount to the city of Pittsburg municipal corporation last year, because they were also lacking in gross revenue earned by their slots machines and hence they had have to play the remained amount.

Rivers Casino and other two casinos named as Mount Airy and Harrah’s Philadelphia are opposing this minimum $10 Million cap by government bodies and are challenging this rule legally.

The Tussle in between Rivers casino and the government bodies are so high that the mayor of the state Bill Peduto, decided not to visit the casino for chamber of commerce event. The spokesperson of the mayor Tim McNulty said that the mayor decided to cancel his visit of the casino because of the lawsuit filed by the casino and “it would not have been an appropriate decision”.

According to the state’s gambling law, every casino is biding to pay a minimum of 2% of the slot machine grass revenue to the municipal corporation, if the gross revenue of the casino exceeds to $500 Million or else if the gross revenue is less than $500 Million the total amount to be paid to the municipal corporation is $10 Million. The casinos operating in Philadelphia are not biding to this rule.

The matter is being raised by the Rivers casino since years, and now they trying to manage the things using legal ways. Last month they filed a lawsuit against the city rule.