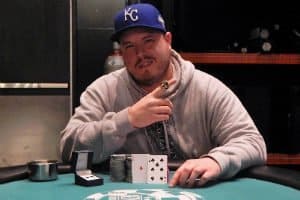 collected the first prize of amount $39,938 and a gold ring. It was a $580 buy in No Limit Hold’em event to which Dicarlo did a great job.

Christopher Churchwell of Georgia was the runner up of the event and took home $24,675, whereas Justin Liberto of Maryland collected $18,030 and completed his journey to the third position. Liberto has three gold rings in his inventory but this time he got busted to third position only.

The tournament attracted 363 players from around the United States and generated a cool $100,000 as prize pool. Top 45 places of the event got paid and the lowest payout was $820.It is one of the most popular poker festivals of World Series of poker circuit.

The event#5 of this particular poker festival belongs to Kevin Sherrill, who defeated more than 430 players and took home $29,739 as first prize. This was a $365 No Limit Hold’em six max event to which Sherrill did great against his opponents.

The event#6 took place here belongs to a pro casino player named Brandon Allen who defeated 187 players to collect the first prize amount which was $24,312. The event#6 of the circuit was $580 Pot Limit Omaha.

Event#7 was $365 No Limit Hold’em and the winner of this event was Joseph Mattingly. He defeated 331 casino players to collect the first prize which was $22,840.

Donovan Dean won the Event #8 which was $365 No-Limit Hold’em Monster Stack. He took home $22,840 as first prize and collected a gold ring as well by defeating 961 players, whereas the event#9 of this festival is for Sal DiCarlo, who added $39,938 in his main account.