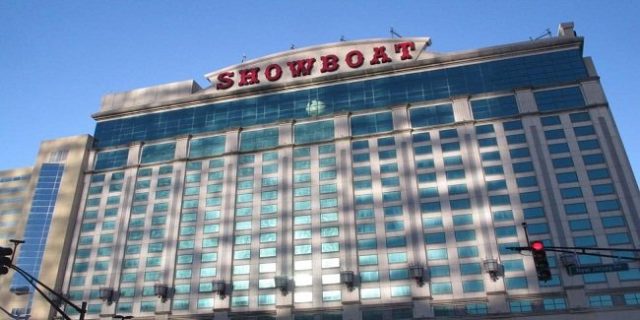 One of the most fascinating Hotel & Casino of Atlantic city i.e. Showboat casino, reopens for business as a Hotel on Friday and welcomed people. The casino was closed before two years due to uncertainly in the market and a close competition from other neighboring states of the U.S.A. The casino now works as a Hotel and there will be No casino in the hotel now for the people.

On Friday, Showboat reopened to guest with its 852 rooms and suites. The new owner of this Hotel Bart Blatstein told reporters that he will rebrand the Hotel by next year.

The Atlantic City councilman Mr. Marty Small said that it is a big day for the city and it’s a winning situation for both i.e. the Hotel and for the Atlantic City. Now the city has another Hotel working for people of the world.

Owner of this Hotel Blatstein, also told that the opening of the Hotel was done without any much pomp. A guest of the Hotel named Elaine Ruggiero, told that there was no greeting available at the Hotel but “I think there should be music or something”.

As mentioned earlier the Showboat was one of the four casinos, which got closed in 2014, due to a close competition by other casinos and hotel in the region. Harrah’s, Caesars and Bally’s were the other three casinos got closed because of the competition. Now Ceaser’s are also looking to reopen their Hotels and casinos in the state.

Bart Blatstein is a Philadelphia based real estate developer and had invested in plenty of Hotels, playgrounds, cafes and bars. He plans to make this current destination a best for the customers and visitors.

You also know that the Trump Taj Mahal Casino and Hotel workers are on a strike to raise their wages with Local 54 of the Unite-HERE.