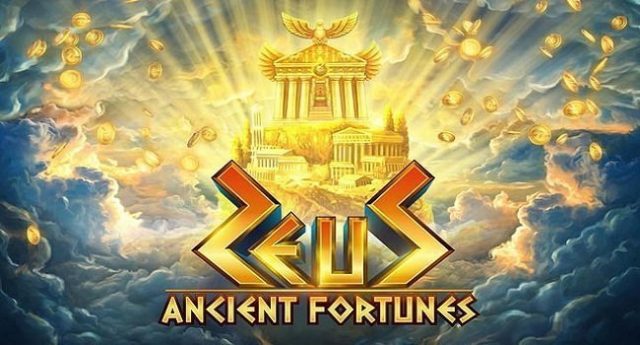 Zeus Ancient Fortunes is a new online slot game powered by Microgaming and developed by Triple Edge Studios for which reels are 5 and Paylines are 10.

This game is playable across all devices with coin sizes of 0.10 – £ 70 EUR. The game comes in with Rolling Reels feature where you could get up to 7x multiplier on your winnings as well as it also includes free spin feature which gives you up to 70 free spins.

This online slot is based on Greek mythology using the thunder god Zeus. This is a theme using which many iGaming companies such as Microgaming and William Interactive’s have made numerous video slots.

Zeus Ancient Fortunes slot looks nice on computers as well as on mobile phones. The game is set through the clouds on the kingdom of Mount Olympus.

God Ares is the most lucrative symbol that pays you 62.5 times of your stake if you land 5 of these across your payline.

Zeus is the wild symbol in this game that could replace all other symbols on your screen and would pay you decent amount of cash. Some of the features of this game are-

The main character of this game is Zeus (wild) and it pays you big because it comes with Rolling Reels feature. This feature is triggered and allows you to win both ways i.e. from right to left and from left to right.

In this feature the contributing winning symbols will be removed and new symbols will take place on those removed symbols to form another winning combination. You could win up to 7 times of your stake during this feature.

This can be retrigger and could get you up to 70 free spins along with up to 21x of multiplier.