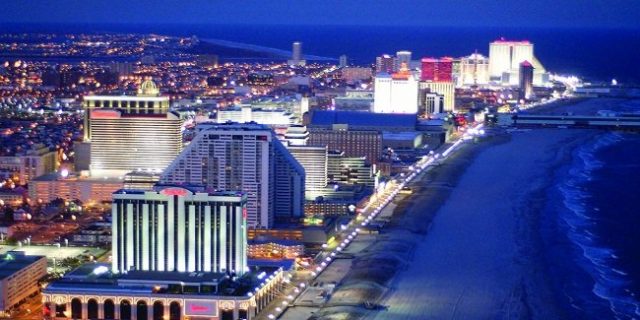 There are total seven casinos currently operating in this part of the United States. Eighth casino of the state i.e. Trump Taj Mahal was closed in October 2016 due to heavy operating cost. These 7 casinos of the state have earned an amount of $587 million as their operating profit in the year 2016. This is 9 percent profit increase for these casinos.

Latest data released on Friday by Gaming Enforcement is very precious for all casino places operating in Atlantic City.

According to the details of the report, the fourth quarter is very good for casinos. The earnings were bolstered by a stronger-than-expected fourth quarter. Total operating profit of the casinos for the last three months was $116 million, which is up by 20.3 percent than same period a year earlier.

David Rebuck , the State gaming enforcement director was very happy, , after the result was announced. He said that “I am encouraged by these results and it feels great”. He also said that Atlantic City casino industry is seeing stability after many years of revenue declination.

Rebuck Said, “I am very optimistic that casino revenue will do better in the year 2017 as well” and casino hotels can continue to improve operating results during 2017.”

Meanwhile the chairman of New Jersey Casino Control Commission Matt Levinson said that, it was a great year for casinos of the state and specially the fourth-quarter. It was a strong finish to a very good year, he added.

The Borgata posted most of the operating profit. It becomes the top casino destination for players around the world. Total operating profit of the casino in the year 2016 was $245 Million, which is up by 13.3 percent than previous year’s record.

Harrah’s casino resort was the next to generate $119 million, which is down by 3 percent. Caesars generated $80 million profit, which is also down by 3.7 percent.