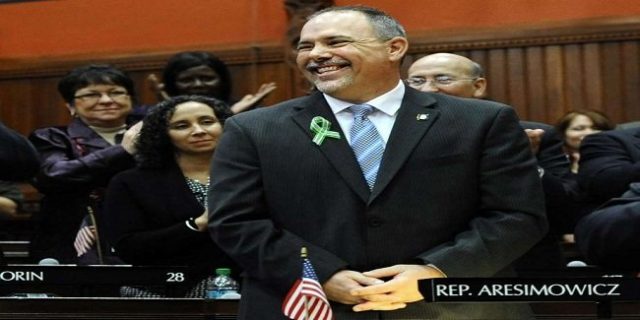 You know that Mashantucket Pequot and Mohegan tribal have joined their hands to open its third casino in Connecticut, and for that they have offered more money to the state.

They are ready to spent more money on their joint venture to compete with a planned billion-dollar gambling palace in Springfield.

But despite this offer made by tribes, the speaker of house Joe Aresimowicz said in an interview that “he does not know that weather this new deal to create a new satellite casino will be approved by lawmakers of the state.

The casino provided a handy $267-million in slot-machine revenue to the state last year. According to Aresimowicz, he thought that the joint casino property in East Windsor was a “50-50” bet and he do not know that weather the casino location in east Windsor would be approved by lawmakers before the adjournment of the legislative session on June 7.

According to the new deal by tribes, they have offered a guaranteed and continued flow of slot machine revenue from the Foxwoods and Mohegan Sun casinos to the state. They have also agreed to give 25 percent of all money gambled in East Windsor, if they win the legislation.

If the deal gets in process, the legislation might take it to the public bidding in Bridgeport, but it is even less likely. Any change in the deal, will have to be approved by Bureau of Indian affairs and by the governor.

Meanwhile speaking to the reporters Malloy said that “I think it would be very difficult to move forward right now, unless the issue got dealt with”.

According to Malloy, the Attorney general of the state Mr. George Jepsen thinks that any kind of deal with tribes will bring constitutional jeopardy, if the tribes are granted their third casino in the state.