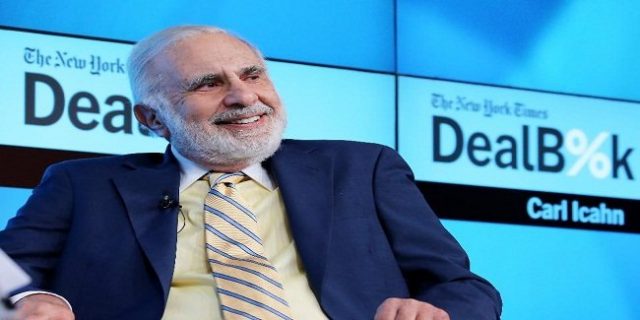 Real estate tycoon and billionaire Carl Icahn is in talks to sell his Atlantic City’s Trump Taj Mahal Casino. He is negotiating with some fellow casino operators of the city.

This new move from Icahn has come after a legislation bill is passed by the New Jersey Assembly voted 60-17 to punish casino owners who have closed their Atlantic City Casinos after January 2016.

Despite four casinos have been closed since 2014, it is only Icahn who will have to suffer. According to the bill, the license of casino owners will be suspended for five years, who have closed their casino after January 2016.

The state senate has already passed the bill, but it is up to the Republican governor Chris Christie to sign the bill as soon as possible.

That’s why Carl Icahn is in talks to sell the 167,000-square-foot casino property to other casino operators currently doing business in Atlantic City, some media reports says about it.

Some analysts says that if Icahn sells the casino property to any other Operators then it will have all the right to open the casino property without going side by side with union workers. The bill then would be meaningful in the case of Trump Taj Mahal.

While making his points to media Carl Icahn said that the new bill may be unconstitutional and it has many faults. According to him, the bill is an absurd one and it will hurt gambling in Atlantic City.

The governor of New Jersey Chris Christie is yet to sign the bill.

Trump Taj Mahal casino was built by president-elect Donald Trump. He was the founder of the Casino back in 1990. Icahn had good relationship with Trump and had invested high in the casino since the Casino was opened. But he bought the Casino out of bankruptcy in 2015, when he lost at least $200 Million.