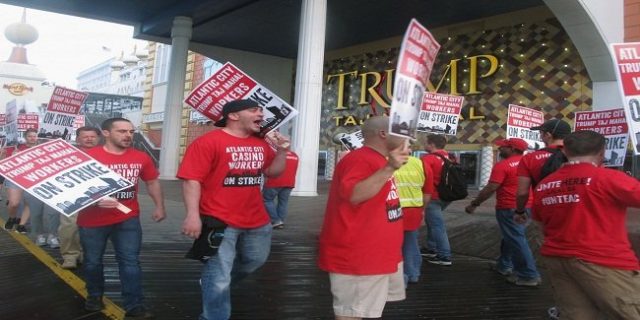 Carl Icahn is selling one of the most prestigious hotel and casino of Las Vegas i.e. Trump Taj Mahal to Hard Rock International and two investment groups.

The property was closed since four month by its owner i.e. Icahn. The sale price of the property is not being revealed.

Confirming the news, Jim Allen, the chairman of Hard Rock International said that we are very happy to be a part of the venture. We are 100 percent convince that now Hard Rock Casino of Atlantic City will be a success.

According to Allen, his company will invest an amount of $300 million in to this property for renovation and other work.

Icahn lost $300 million owing Trump Taj Mahal and hence is selling the property to Hard rock Group. According to him, one property is enough in Atlantic City. He currently owns Atlantic City’s Tropicana Casino and resort.

In a statement he said that ‘we are very happy that we have another casino-hotel in the city and that would be enough for us for now”. After considerable analysis and deliberation we found this scenario is better for us, he added in his statement.

Hard Rock was also trying to expand its business out of Atlantic City but voters rejected the idea in last November’s voting. If this would have been accepted Hard Rock would have authorized casino gambling beyond Atlantic City.

Joseph Jingoli said in a statement that this joint venture will bring hundreds of millions of investment to the city; it will create thousands of permanent jobs and will be one of top destination for people in the region.

Morris added in his statement that “this is one in a life time opportunity for us to be a part of such most iconic destinations.