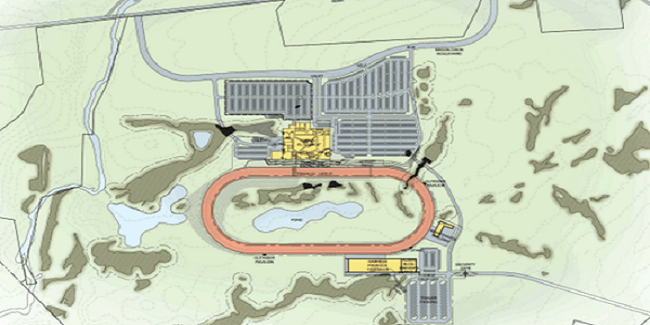 Mason-Dixon Downs, A planned Casino and horse racing track in Gettysburg area was unveiled on Wednesday. The people of the area witnessed first impression of the proposed casino on Wednesday.

More than 70 people were gathered at the supervisors meeting in to Freedom Township’s. Project representatives give a presentation over the new proposed casino and track in the aria.

This is the third attempt by David LeVan’s , a businessman of the area to bring a casino in Adams County. His first two attempts were back in 2005-06 and in 2010 but unfortunately he hadn’t got his project approved by officials of the county. Many people also opposed his plans for a casino in the region.

Making a statement about his third attempt Mr. David LeVan’s said to the media that “what we are attempting is not new”, in fact we have done a lot of good work and we know that gaming and Pennsylvania’s rich historical heritage already co-exist quite nicely.”.

The detailed presentation included the venue of the proposed casino. It was submitted to Freedom Township. The Venue will have two connectivity roads one is from main road via new boulevard while another one is from Bullfrog Road.

According to the details of the presentation horse trainers and other staff will get an entry from Bullfrog Road. The venue will also have its own security team which would be assigned by 11 Pennsylvania State Troopers.

The owner of the project is Mason Dixon Country Club. The club has already got its archaeologically survey and all other necessary clearance by Pennsylvania Historical & Museum Commission.

LeVan also said that our team is gathering information and taking a deep thought about “what would be the municipality’s share of gaming revenue”. Though, it is not yet decided but things would be cleared in upcoming days.

The officials say that “this project would be a win win situation” for both of the partners.