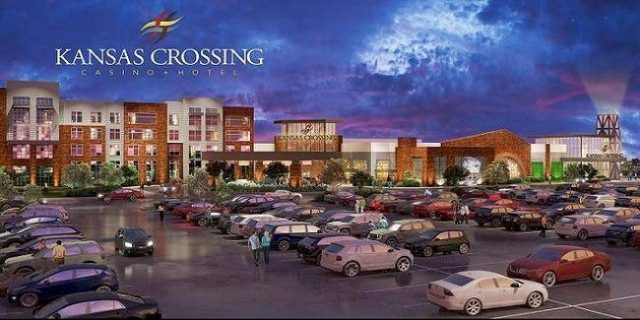 The Casino is located just near Pittsburg. The Casino facility will holds its grand opening on Saturday next month.

The casino will feature 625 slot machines and 16 table games in it.

The opening day will also feature a number of promotions and many item giveaways t the players. There are two restaurants at the casino.

The first one is Two Brothers Mining Co. and second is Bronco Bar. Both the restaurants will also start working from Saturday April 8. Some of the acts will be announced in later days.

General Manager of the casino Mr. Doug Fisher was very happy announcing the dates of grand opening of the property.

He said that “it is a dream, come true”. The wait is almost over, and now we can’t hold our emotions to open the casino for people of southeast Kansas, Missouri, and Oklahoma.

Expressing his emotions regarding opening of the casino Carter Bair, the director of marketing said that “a lot of people are signing up for our players club”.

According to him, hundreds of players have already created their sign-up account with us in priority basis and we are very close to mainlining out first group of cards. The cards will be at home one or two weeks before grand opening of the casino, he added.

The casino would be a great place for local as well as neighboring players. The casino has created over 400 jobs and has awarded partnerships over $4.5 Million in 10 years.

The casino will feature 16 gambling tables, 625 slot machines and 123-room Hampton Inn and Suites. There are many casinos being built and operated by private companies. Many Native American tribes own different casino properties in the state.