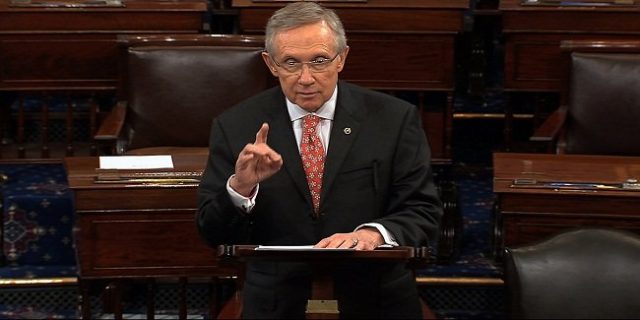 Harry Reid, the Senate Minority Leader and the former chairman of the Nevada gaming commission said, Donald Trump can be barred from getting government approval for doing casino business in Nevada, because of his mismanagement in casinos in the Atlantic city.

According to Reid’s interview published in Washington Post, Nevada denied Trump to issue a gaming license to open Trump International Hotel in Las Vegas, which even does not offer gambling and was just like any other Major Hotel of Vegas.

According to Mr. Reid, “May be I’m not an expert of all things, but I’m certainly an expert of gaming license and its processing.

He said. In Gaming circle, if you have done wrong at any point, you will not get another chance or license to operate and Mr. Trump has done something bad in his whole life, he told the report Ben Terris of the Washington post.

The story written by Ben Terris insist that, Trump however got a gaming license back in 2004, but never used it, however if Mr. Trump want to build a casino in the state now, the rules of the state and gaming authority will not allow him to make this possible.

Mr. Reid was very clear on the issue, by saying, “Trump” applied for a gaming license many years ago and fortunately he got one, but after the whole chaos of Trump Taj Mahal in Nevada, Atlantic City, he would not be able to get another chance to enter or operate casino business in Nevada and he couldn’t get a gaming license now.

According to an investigation in June by the New York Times, Trump continued to squeeze his casino for Millions in Personal Payouts and never maintained the financial records and that’s why Reid is certainly correct about his financial mismanagement at casino in Las Vegas, Atlantic City.