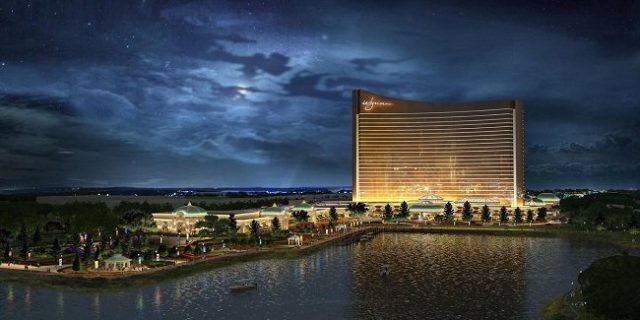 Somerville will not appeal against Wynn Resort Casino anymore. The city has dropped its protected fight against the casino in Everett.

The Mayor of Somerville Mr. Joseph Curtatone announced on Monday that the city has dropped all its dispute against the $2.1 billion Wynn Resorts casino. It means all the hurdles in the making of Wynn Resorts casino are cleared and now the casino can continue its work without any problem in Everett.

Curtatone said that we are very pleased to announce that the city is no more in mood to fight against the luxuries casino resorts, and has accepted the company’s pledge on environment impacts.

The Mayor of the city also states that we fought for our people’s concern and we are happy that we have resolved almost everything regarding Wynn Casino project and their impact on environment”.

Not to forget that, the Wynn Resorts and casino had to postpone their construction on ground because of the city of Somerville appeal their DEF permit in February this year. The company started their construction in full fledged last month, after a big hurdle cleared by the environmental authority. The casino is expected to be launched in June 2019.

Robert DeSalvio, the president of Wynn Boston Harbor was very pleased after this announcement made by the Mayor of the city and hailed the decision. He said that, we will now be more focused to making this place a great one. It would be one of the best places in the world and will generate lots of quality jobs. This is a historic development and we appreciate this move.

The construction of the Casino was in problem because of their venue on the bank of Mystic River. The project is expected to draw at least 18,000 to 20,000 vehicles after completion and that’s why the city was opposing the project. As per the Mayor of Somerville, a ferry service is projected and it will “reduce road traffic to around 6%”, which is quite good and we think every bit counts.

Robert DeSalvio also said that the hatred and war of words in between him and the casino officials are things of past now and we will do everything to make this journey a success.