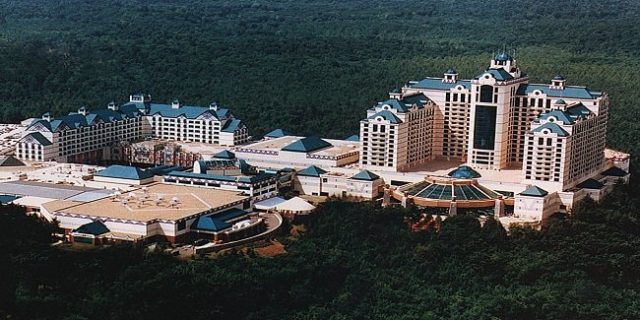 Officials in East Windsor are in very much in favor to welcome third casino of the state. The casino will not only bring a lot of jobs to locals but it will only bring much needed revenue to meet the challenges of expenses.

Officials dealing with it are welcoming the move. Bob Maynard, one of the first selectman says that we welcome the move taken by joint casino operators. The third casino will create jobs for us and it would also bring lots of casino revenue in our region.

Not only officials but general people are also in support of this third casino in their area. A republican Maynard says that “we are very proud that we have got the opportunity”. This really is a good decision, he says.

One of the sites where Connecticut’s third casino is being considered is a vacant showcase cinema as well as a vacant wall-mart which is not very far from the heart of East Windsor.

Speaking to reporters the chairman of Mohegan Tribal Council Kevin Brown says that he is getting positive feedbacks not only from East Windsor but from Windsor Locks as well.

People are looking to have some great place in their area and so they are supporting the move/initiative taken by us to build the third casino of the state.

The Mohegan tribes and Mashantucket Pequot Tribes will jointly develop Connecticut’s third casino and that’s why they are searching for the place. They have already decided that they would not go further than East Windsor to Windsor Locks.

Maynard believes that there would be no problem while developing this casino-project because people here are looking some development. They will be more than happy when work starts.