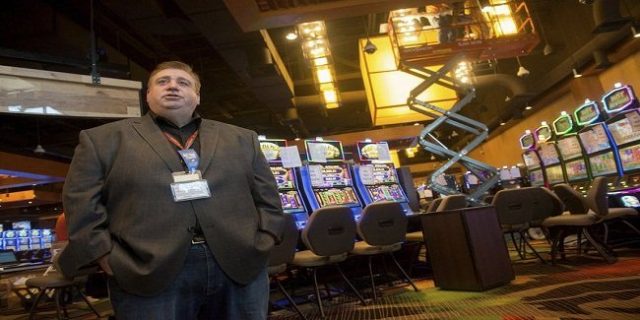 The $80 Million Pittsburg Casino is all set to open in one week. There is plenty of work going on at the casino for betterment of players. The slot machines are being set at the moment. Staff served food and drinks to visiting audience at the casino’s restaurant i.e. Two Brothers Mining Co.

The Southeast Kansas casino would be the first in the region. The casino will open its door for public on March 31, 2017.

The general manager of the casino Mr. Doug Fisher said on Thursday that “I started my work here back in July 2016 and that time there was pretty much dirt here so the speed of the construction work is amaze me. This is highly appreciable that we are going to open the casino in only one week.

This Kansas casino project was selected by Kansa Lottery gaming facilities in June 2015 and is approved by the Racing and gaming commission of Kansas on July 2, 2015.

Total three casino projects were in line to get an approval by gaming commission of the state lottery but it was only Kansas Crossing (Pittsburg Casino) which got its operation license from the commission. Other two projects were Castle Rock in Cherokee County and a casino by Las Vegas billionaire Phil Ruffin.

However when Kansas crossing casino was approved the Castle Rock filed a lawsuit mentioning that the state did not follow proper protocols to give approval to the winning project.

That lawsuit forced Kansa casino to delay its ground breaking ceremony for more than a year, but a ruling in March 2016 confirms the news that Kansa casino could go further with its project.

Meanwhile the backers of rest of the casinos also filed a lawsuit in Supreme Court, which has yet to rule the matter.

The Supreme Court heard the matter in past January but builders of Kansas casino are fully confident that they will win the battle against their opponents.

Fisher said that we are going to open the doors of the casino in next ten days and we are fully confident that we will do this.