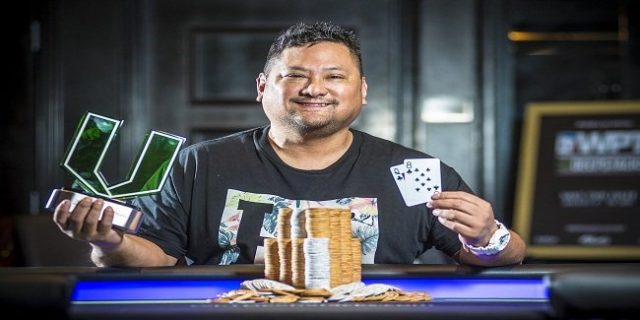 Rommel Santos becomes winner of WPTDeepStacks Reno Main event and pocketed $54,085 from the tournament. The player defeated Shawn Van Asdale who took home an amount of $35,870 being runner-up.

The winner of this tournament also received $3,000 package to the Season 4 WPTDeepStacks Championship. The $1,100 buy-in Main Event attracted 233 entries and generated a good total of prize pool.

Santos entered to the main event via $250 satellite. He was very happy after winning this series and said that “it feels great to win a title like this against so many better players.

The final table of this game lasted for just three hours. The first man who busted from the final table was Mario Lopez, who pocketed $5,110 from the game.

Valerie Hanley finished his journey at eighth place and pocketed $6,820 for the same, while Randy Gil collected an amount of $8,495 from the tournament being seventh player.


This was the season 4 of world poker tour Deep Stacks Reno which concluded on last day of the game. Next WPTDeepStacks will be at Thunder Calley with a $300,000 gurantee main event.

Thunder Valley will be held from April 7 to April 17, while the main event of this tournament will be of a buy in $1,100 and it will take place from April 14 to April 17.

Top 10 Casino reviews is certainly the best place to find each and everything regarding online casino and live poker tournaments. You will find whatever you need here at this portal.