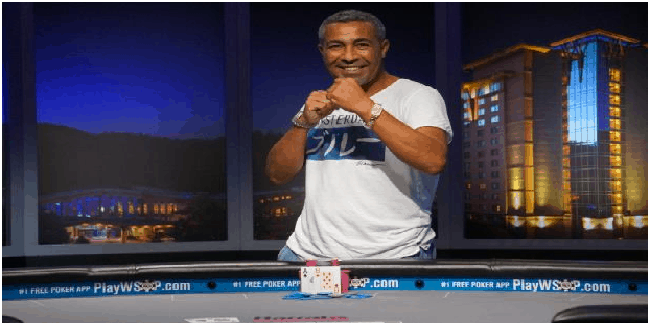 Said El-Yousfi is the latest world series of poker Global Casino Champion. He won the title of this supreme Casino championship and collected a good total of amount $343,256. The Moroccan professional was an automatic qualifier to this tournament, by winning a ring at WSOP international Circuit in Marrakech. He is the second non American, who won the Global Casino Championship title, before him a German pro Dominik Nitsche, won this title in 2014.

El-Yousfi was very pleased after this grand win and said “I feel very happy”; it really feels fantastic to win this title. I was enjoying the game like never before and played the tournament like I played with my friends. Now I have a bracelet and a ring, he added.

Good to mention that World Series of poker expanded in 2015/16 season and it held tournament beyond North America. Total 6 Spots were added for WSOP International Circuit. One was at Montreal, one was at Rozvadov (Czech Republic), and one was at Campione (Italy), Tbilisi and two spots were at Marrakech.

The base pool prize for this tournament was $1,000,000, whereas top 100 players according to the WSOP Player of the Year ranking factor, were qualified for this event.

On Final Day of the game most of the eyes were on El-Yousfi (The chip leader of Day 2) and on Josh Turner (chip leader of the day 1).

The first player who got busted from the final table on day 3 was Cody Pack (3 gold ring winner), who made $60,427 from the tournament and ended his journey to sixth place.

Sean Small was the next man who hit the rail and collected $80,483 as winning total.

Joe Kuether, a final table player, who paid his buy in directly was the next man, who moves out from the race of title. He got busted to fourth position for an amount $109,192.

Three handed game included Josh Turner, Yasin Ahmady and Said El-Yousfi. Turner and El-Yousfi were very ahead than other players in the list once but it was just Yousfi, who kept his momentum up and not Josh Turner, who hit the rail and got eliminated to third place for $150,851.

Now the heads up was among Yasin Ahmady and Said El-Yousfi. Ahmady was playing good at the moment and dominated the first half of the game but at the end of the day it was Said El-Yousfi, who won the title and collected $343,256, Meanwhile Ahmady becomes te runner up for $212,150.