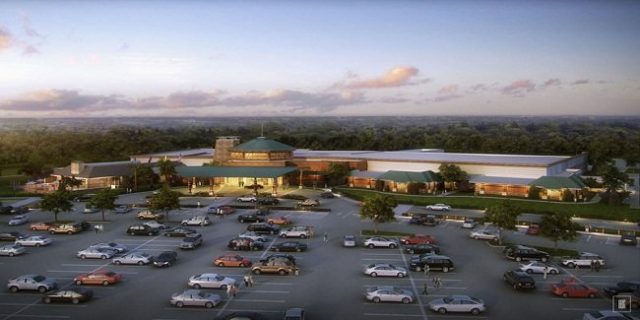 The study was taken by Spectrum Gaming Group to assess the impacts of Four Winds Casino in South Bend on the its tax revenue. The group was commissioned by Casino Association of Indiana.

Four Winds Casino is being developed by Pokagon Band of Potawatomi Indians. The first phase of the project is already in process, while rest of the three phases will take place after some time. The project is expected to be completed in 2018.

The report released by Spectrum includes that this new tribal casino in South Bend could hit hard on rest of the Indiana’s Riverboat casinos and its two horse track casinos.

The study found that the new casino project could cost $800 Million in gambling revenue over its first five years.

And if this happens, Indiana’s gambling tax revenue will see a sharp fall and it is expected to fall about $282 Million in next five years. Not only will this, but at least 1,800 people including around 700 permanent workers will also lose their jobs, the report concluded.

Matt Bell, the chief executive officer of Casino Association of Indiana said that “South Bend Casino won’t be taxed on its revenue”, while existing commercial casino will have to pay 35 percent tax on their gambling revenue and that will make a difference, he said.

He also said that Indiana casinos have already faced a lot of competition from neighboring state casinos and this move will be a tough one for them as well.

In addition to his world, he urged legislators to take a comprehensive look at the industry to avoid any uncertainty.

No comments have been made by The Pokagon Band.