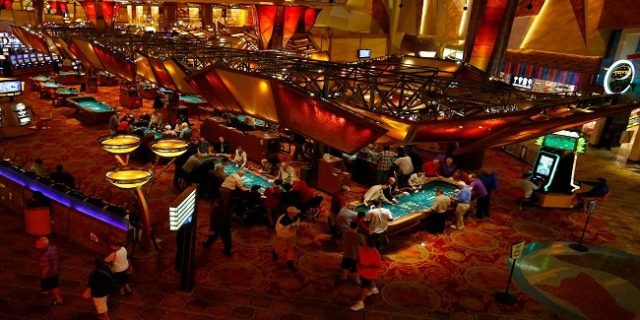 The state senate has approved third casino in East Windsor. Senate approved the casino on Wednesday meeting. The third casino of the state will be built by two Native American tribes.

According to the data released by the casino owners, third casino of the state would be of worth $300 Million and it would create 1,200 permanent and middle class in Connecticut. MGM international is also building a $1 billion casino project in downtown Springfield and hence third casino of the state will halt gamblers to go out of the Connecticut.

Mashantucket Pequot and Mohegan tribes are the two tribes of the state which are looking to build their third casino as joint venture. Opponents of the casino project are saying that this new move taken by government official if wrong and they should not give permission to the tribes to complete their third casino in the state at any private land.

Eighth republican as well as four Democrats were against the bill. However the bill was passed by the senate on Wednesday to 24 to 12 votes.

Tribes are very happy because of this move taken by senate. Speaking to the press Mashantucket Pequot Tribal Council Chairman Rodney Butler said that “the senate took us one step closer to saving more than 9,000 jobs and millions of tax revenue”.

Sen. John Kissel of Enfield opposed the bill during the debate, even though the casino project will create more jobs near his hometown in North Connecticut.

Kissel said that “There may be some problems with MGM resorts” and gaming tycoon like Steve Wynn would also have standing for a lawsuit.

Kissel said that ‘I see problems with due process” and I don’t know how we justify a specific benefit just to two tribes outside tribal land”.