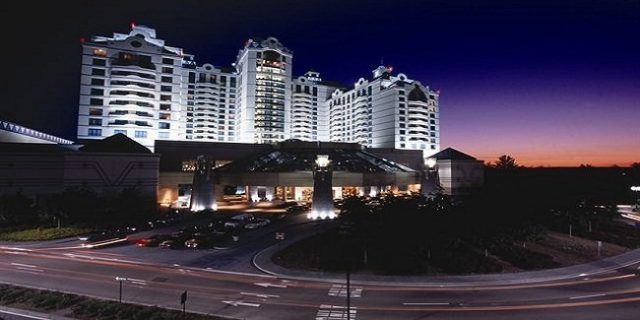 In Connecticut, third casino will be built by already two operators in state i.e. Foxwoods and Mohegan Sun.

These two casinos are being operated by tribals and third casino in the state is yet to be decided by these casino operators after more than a year of consideration.

As Foxwoods and Mohegan Sun have not decided the casino place yet, their officials held a meeting on Friday and decided not to choose three municipalities like Hartford, East Hartford and South Windsor; it means they would now only focus on places in between East Windsor and Windsor Locks.

The third casino of the state will be finalize once state’s general assembly approves it, and it is expected to be approved the state assembly because it will create new jobs in the state and will bring much needed casino-revenue to meet state general expenses.

State’s general assembly session will start from Wednesday. Supporters of the third casino in the state were expecting the approval last year, but it couldn’t happen because of no place selection by two operators.

Many critics of this project are taking serious efforts to sabotage third casino in the state, by saying their narratives of gambling.

Two tribes formed a joint venture to build the third casino of the state to attract visitors, to protect Connecticut jobs and revenue from going outside of the state, a year ago, but things have not yet finalized.

MGM is challenging the move in court while taking it as a battle against it, where it says that state rules have not been followed properly and there is “lack of transparency” in the decision.

Bernard Kavaler, spokesman of MGM said that we have challenged the decision in court and believes that “the fact is lack of process”.

Hwang, the state senator is also rubbishes any casino expansion plan in Connecticut, by saying that “no public opinion has shown support in gambling expansion in the state”.