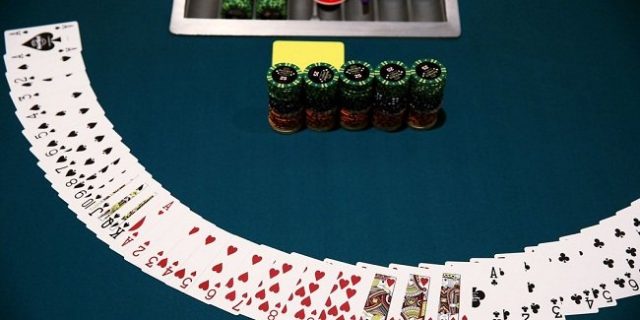 Artificial intelligence is a game changing technique, which has already done more than anything in our daily life. It has been a great tool to obtain things which would not have been possible with other ways of doings.

Now, it’s time for artificial intelligence to be productive at poker table. Will it be? Will it prove that it is as good as human professional poker player? Let’s see what happens.

Carnegie Mellon University has developed an AI system which can take on best of professional poker players and to check that the university has planned a battle of Libratus(AI) against four best pro poker players.

The tournament is being called as “Brains vs. Artificial Intelligence. This most awaited poker tournament of No Limit Hold’em will take place at January 11 at the Rivers Casino in Pittsburgh, Pennsylvania.

University officials announced the dates of this “Brains vs. Artificial Intelligence” event. According to them a total of 120,000 hands will be played in 20- days’ long tournament and players participating against Libratus are Jason Les, Dong Kim, Daniel McAulay, and Jimmy Chou.

This is not the first time when a Bot is taking on with pro poker players. In March 2016, another bot named AlphaGo and developed by Google easily defeated Lee Se-dol, 18 times world champion player.

Meanwhile MIT Technology Review says that unlike games like cash and Go or Chess, where most of the information regarding game can be perfect, poker is a game of ‘imperfect information and hence it has proved to be resistant to computerization.

Tuomas Sandholm, the researcher at Carnegie Mellon computer science who developed Libratus, said that “in a game like chess you have an advantage because you know what exactly has happened”, but he ein poker, AI does not have the advantage.