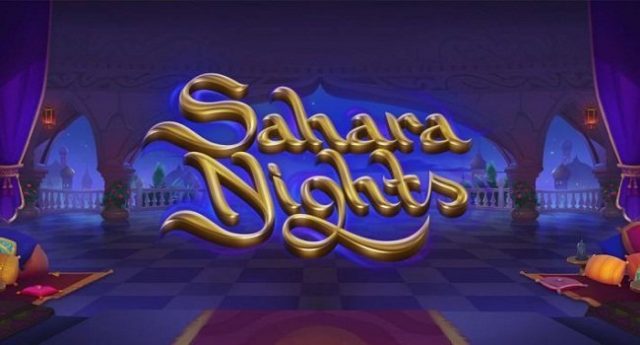 A Beautifully designed online slot developed by Yggdrasil Gaming limited is coming through your way and it is named as Sahara Nights.

Sahara Nights is a video slot of 5 reels and 20 Paylines that takes place inside a temple of Sahara deserts.

The game is simply marvelous because of its amusing Arabic feel soundtrack background. The game contains some basic low value symbols and some high paying ones like you will see symbols such as blue, red, green and orange gemstones.

As well as swords, goblets, the Sultan, a princess and Aladdin on the reels of Sahara Nights slot game.

Sahara Nights online slot is playable with all devices with coin sizes of $0.20 per spin to up to $100 per spin.

The game comes in with a genie’s lamp which acts as the wild symbol and replaces all other symbols for their places to create a winning combination. The wild only appears on middle 3 reels of this game i.e. on reel 2, 3 and 4.

The wild if expands on the reel will get you a genie wild reel and that feature would known as Genie Wilds feature.

In the end of this review, I can say that Sahara Nights is a very good video slot that is powered by Yggdrasil Gaming.