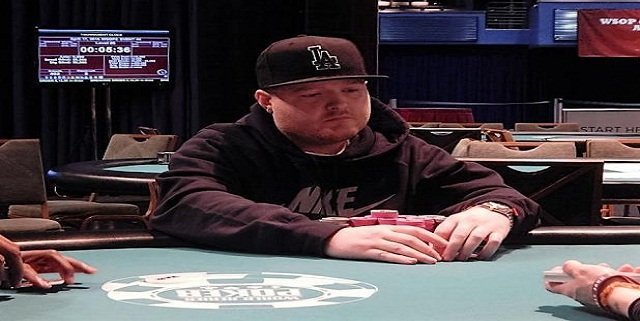 Christopher Carey, a professional casino player wins two championship title of World Series of poker at Harrah’s Cherokee. He just won two back to back championship titles and collected two gold rings to the prestigious WSOP Circuit at Harrah’s. The first gold ring for the players was for event#4 of the tournament which was a $365 No Limit Hold’em tournament. He then defeated a pro player of USA named Maurice Hawkins and took home an amount of $29,154 as first prize.

Meanwhile the second gold ring for the players at WSOP Harrah’s 2016 was event#12, which was $365 No Limit Hold’em, where he made $19,658 being as first prize owner. He becomes 13th player to win multiple gold rings in a single circuit. It means the total prize win for the US casino/poker player becomes $55,764, which definitely is good money.

The event#4 of the poker festival attracted 452 players but it was Carey who did great at the table and won the first gold ring of the WSOP Circuit. He was not intended to play or participate to the event#4 and was only there at Harrah’s Cherokee to play in a re entry game, but he turned out to be a champion when decided to participate in Event#4 of the festival.

He was very pleased and mentioned that I was not even looking to play the event but somehow I defeated/ got bused to the event to which I was participating and thought that, now I should go ahead with the next event…..

He participated to the final event of the festival at Harrah’s and created history. On day 2 of the game, he enrolled himself for the championship and it all went in the way, he wants it to go. He won another gold ring by defeating many remaining players and collected $19,658.

He will now play in 2016 Global Casino Championship at Harrah’s Cherokee in August this year. The championship would be a $1 Million Prize pool event and will features a gold ring as well.