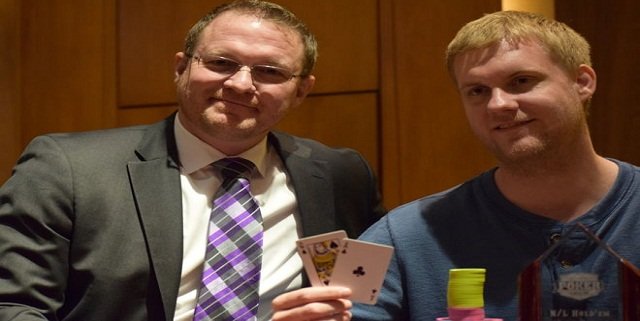 The $1,115 buy in Hollywood poker Open Columbus main Event took place on Charles town. Joe Ebanks played really well till the end of the game and finished as the winner.

The first elimination from the final table was of Rick Sklenar. He hit the rail just after a couple of hands took place I to the game and collected $6,474. He finished his journey to ninth position.

Just after his removal from the table another US Pro Chris Roberts got hit by top order with total winning share $7,844.

It was Chris Meyers who got busted to seventh place due to a great hand by Joe Ebanks. Meyers was able to make an amount of $9,338 as prize money.

Joe Ebanks was very happy after winning the show for him. He said that I got crazy when I let Meyer’s busted to seventh position, then only I thought that I can win the championship title if I continue to play well. That was the moment which gave me a lot of confident.

Joe Ebanks has won more than $3.2 Million in his poker career till date. The win adds values to his playing skill as well as his inventory.