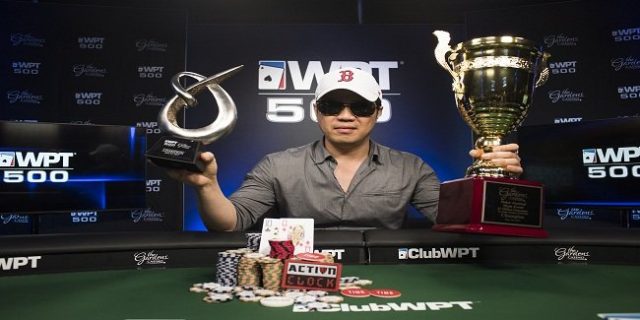 Dong Le, a pro casino player and a 20 years from Boston, Massachusetts, United States has won the first ever WPT500 Los Angeles. He pocketed a sum total amount $224,500 from the tournament being victorious. The tournament received 3,266 entries from various parts of the world and mainly United States and generated a huge lot of money as total prize pool.

Another player known as Owen Crowe became the runner-up of this event, who pocketed his winning share of amount $130,000 from the title, while third position of this particular world poker tour tournament belongs to a pro poker player named Peter Hengsakul, who collected $100,000 being third.

After just two hands a player known as Alex Fayneshteyn busted to eighth place. He collected $28,000 from this world poker tour title.

Another player hit the rail at #25th hand of the final table and it was Mike Eskandari, who made $36,000 from the tournament for his seventh place.

Fourthy, third and seeond positions of the tournament belongs to players such as Richard Tae Kim, Peter Hengsakul and Owen Crowe and they pocketed $81,000, $100,000 and $130,000 respectively from the match.