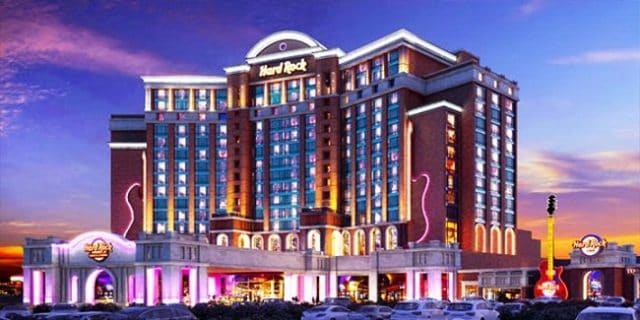 After the news spreads that Japanese government and authorities are looking to transform the gambling rules of the country, Hard Rock Café international Inc. is looking to make a  “Major invest” in Japan.

The U.S based casino is eyeing for partners in the Japan to jointly bid for a license in the country to operate legal casino resort.

Hamish Dodds, The chief executive officer of the company said that “yes we are looking for partners in anticipation that legislation will approve most awaited rules regarding casino resorts in the country.

Mr. Dodds also said that we can play a lead role or can play with our partners and both the options are open, and of course we are quite open to collaborate with our Japanese partners as well as institutions.

Not just Hard Rock Casino but Vegas based Sands Corporation and MGM resorts internationals are also very keen to invest in Japan, once the Abe’s government and legislation of the country passed a bill to legalize casino resorts.

Sinjo Abe, the Japanese prime minister and his finance minister Mr. Taro Aso are already making sure that a bill should be passed to legalize casino resorts in the country to help Japanese stumbling economy and to create more jobs in this sector.

Gaming analysts and market research companies have stated that Japanese gaming market could be worth $40 billion a year and that’s why MGM International is also busy making alignment in their own. They wanted to invest $4 to $10 billion in Japan.

Some gaming analysts also think that Japanese gaming market has the potential to overlap Macau, which is Asia’s largest gaming market.

Macau casino industry generates at least $28-30 billion in a year, despite it was doing a bit slow in last couple of years.

It’s a matter of time when many other world entertainment giants will announce their stance, once the legalization process is on.