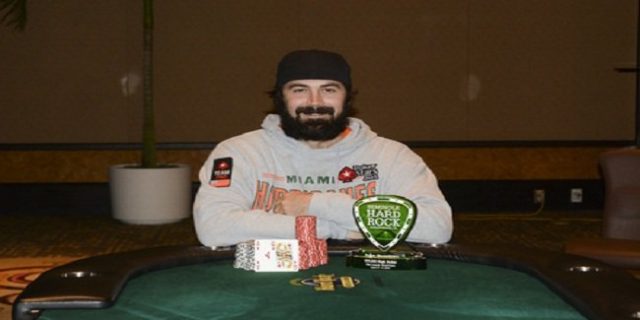 Jason Mercier, a US poker professional and a High Roller champion has won $25,000 buy-in Seminole Hard Rock Poker High Roller for $794,000. Justin Bonomo, another US based player becomes runner-up of this game and pocketed a handsome amount of $556,800 from the tournament.

Mercier has done a great job in previous 12 months. He first crashed 2016 Spring Championship of online poker and then finished second on the overall leaderboard. He has also won two World Series of poker gold bracelets and completed being second in third one. He was the WSOP player of the year as well.

This particular super High Roller attracted 116 entries and it was no easy game for Mercier but he played an outstandingly well till the end of the day and pocketed the trophy along with first prize.

Jason Mercier was very happy after this winning. He said that “it feels great when you play like this ultimately have the honor to collect the title”.

Top 9 players of this match took home at least $75,400. Almost all players of top 8 final table were from the United States and just one i.e. Ari Engel was from Canada who was booked for eighth place for a total $78,300.