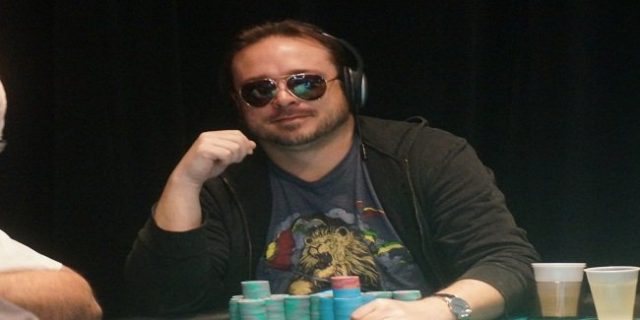 Global casino championship is in underway at Harrah’s Cherokee (North Carolina), to which total 122 players participated on first day of the championship, but only 48 remained in the game to play on next day or i.e. Day 2.

This is a $10,000 to buy-in championship, which was open for only players, who have either won a gold ring at any WSOP circuit or for players who have qualified through to the WSOP Player of the Year Points.

The next man behind him was David Slaughter, with total 187,600 chip counts. Slaughter is New Orleans Casino champion.

Sean Small was at third place in terms of chip counts and he had 176,200 points, Blake Whittington was at fourth for 130,700, Daniel Weinman, a pro casino player and player of the year qualifier had 124,700 chip counts and was at fifth place.

Brian Senie, the title winner of the prestigious Tbilisi Main Event Championship was at sixth place with total 120,800 points. Seventh place was for DJ Mackinnon (119,800).

Turner was happy guy after being the chip leader on day 1, and said that “I fit in with these people, and I’ve got four rings”.

Anthony Zinno was at 44th place in the list with total 25,100 chip counts.

This was the end of the Global Casino Championship day 1, will let you know further details about day 2 of the Championship and of course about the winner and runner up.