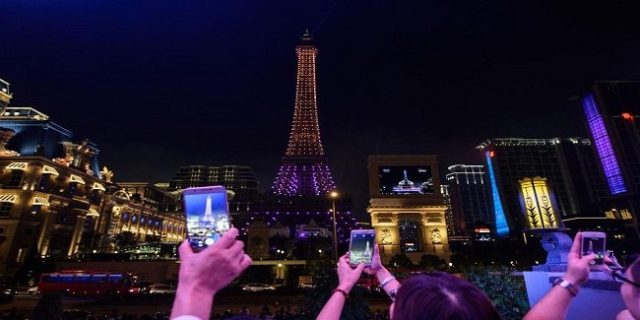 Macau casino gaming revenue is in positive side for third consecutive month in October 2016 after witnessing a consecutive 26 month decline before August this year.

A couple of new casino places have been added to the town in September i.e. Steve Wynn’s Wynn Palace and Sheldon Adelson’s Parisian Macao and they both did well in the month of October.

Total gaming revenue of Macau’s casinos in the month of October 2016 was 21.8 billion patacas or US$2.7 billion, which is up by 8.75 percent than October 2015 and this growth has changed some company’s estimated report that of growing for a pace of 4 to 6 percent.

According to the details provided by the Macau gaming authority October 2016 is best in terms of revenue generation since January 2015.

This is the highest revenue generation by casinos operating in Macau in last 21 months, though it is third consecutive month in which the revenue has grown up.

Statics states clearly that VIP Players have made their move towards  casinos operating in Macau and hence they have boosted gaming revenue.

Many gaming analysts are surprised by this growth rate of in revenue. Vitaly Umansky , an analyst of Sanford  said that “the growth is higher than expected and now it looks like Macau is gaining the momentum after a long difficult time.

The good news is that Macau casino stocks rose up to 5 percent after the news spreads up in the market. Shares of Sands Casino China rose to 2.5 percent, MGM China Holdings jumped by 3.3 percent and Galaxy Entertainment shares rose up to 1.9 percent in Hang Seng Index.