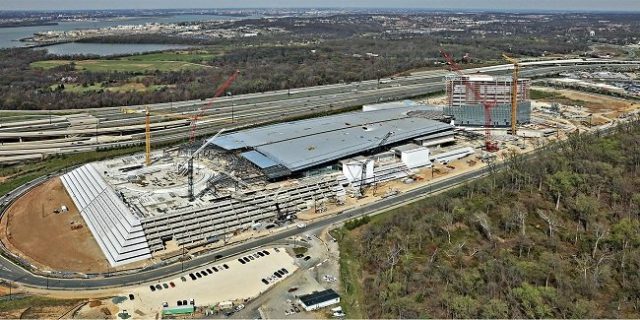 Construction at MGM National Harbor Casino in Maryland is at high but before a few months of their official launch date, the casino has changed its plan to expand slot machines. The casino in Maryland has got an approval by the Maryland Lottery and gaming Control board, which says that “the casino will cut nearly 10% to their number of planned slot machines at the floor”.

According to the reports, the new move taken by MGM national Harbor is because of “some certain market factors”.

The casino team said that, they got a request to cut the area and of course the slot machines on the floor, by their marketing team and that why they have decided to change the previous planning. Back in December 2013, MGM got formal permission from the authority to hold 3,600 slot machines (Including Video Lottery terminals), at their casino in Maryland.

According to the news and reports, a power point presentation was being held at the casino which says that “reducing the number of slot machines will be good for casino revenue” and hence the MGM National harbor casino finalizes 3,321 units of slot machines, rather having 3,600 slots machines.

The presentation made in front of executives states that the “demand for table games and other cash games such as blackjack, craps are increasing in the state i.e. Maryland’ and hence the casino should check this point out, by the way the casino did not opened or specified its planning regarding table of cash games facilities.

As mentioned earlier the authority for Lottery and gaming Control of Maryland approved, the MGM’s plan to reducing slot machines and area.

This is not happening, just the first time but the Authority has already approved the new planed of and Horseshoe Casino and Maryland Live in recent years.

The authority will review the MGM National Harbor in November and then will have to approve the casino’s final floor plan, before opening or launching ceremony.