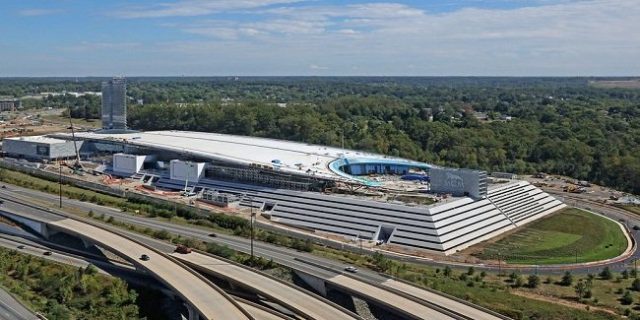 The grand opening of new MGM national Harbor casino resort will be on December 8 in Maryland. It would be the sixth casino place of the state. Five casinos are already in operation in Maryland.

According to the details MGM national harbor will create new jobs which would include positions like gaming executives, operational and other staffs to the casino.

The main thing that is hurting MGM national harbor is that some people say that we are sure that casino will generate revenue to Prince George’s County but it would be a tough task for the casino to attract players from other five casinos, which are already working in Maryland.

Despite this scenario, one thing is clear that all five casinos of Maryland have generated over $97 Million as their revenue in September 2016, which is good.

According to Maryland Lottery and Gaming Control Agency all five casinos operating in the state have done well and have gained momentum in 10th consecutive month.

That’s why we have always made our point clear to the government and other respective authorities that high tech jobs would have been a good choice for residents or locals of the state rather than casino jobs.

According to the data released by MGM National Harbor, at least 6,300 people have worked on the casino site and about 2,500 employees are employed at the site each day of this particular $1.4 billion casino resort.

Dasha Ross Smith, a spokesman of the MGM national Harbor Casino said that we will create 3,600 permanent jobs, which will be filled by local residents.

Thousands of related and indirect jobs are also be available at our resort, which will be beneficial for local residents.