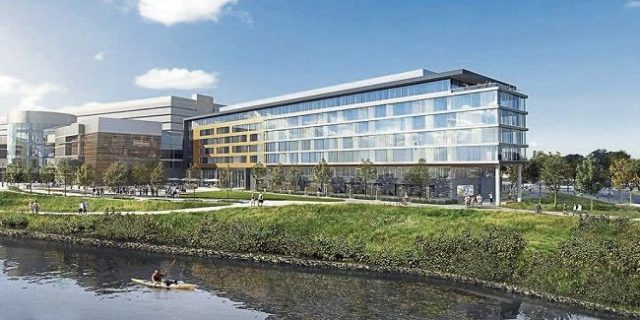 Rivers Casino has a plan to develop a new $51.5 million hotel and that why they visited Pittsburgh Planning Commission on January 24 for their new project.

The seven story four-star and four-star hotel will include 221 guest rooms. The hotel will connect to the North Shore casino.

Representatives of the casino have a meeting with city’s planning commission and they desired that thought about making this new hotel.

The general manager of rivers casino Mr. Craig Clark said that we are hopeful that we will be able start construction work in last spring and will complete it in 13 to 16 months.

According to him the hotel will be known as “four diamond” hotel, and it will include everything for players and for visitors. The hotel will offer high-end cuisine, drinks and full guest services to our visitors, he said.

Clark said that the market is stabilizing now, and we always wanted to build this hotel for a good reason. Now as we have met to the officials of Pittsburgh Planning Commission, everything is looking good.

The hotel will feature a restaurant, bar, fitness centre and additional two suites, which will have access to rooftops.

The hotel will also have a two-story lobby on the ground for people, who want access to drive to the riverfront trail along the Ohio.

Clark said “in next few weeks we will be able to start construction work” and it is expected to be completed till June 18.

The hotel will feature a parking space of around 3,737 spots and out of which 241 spots will be open for all the time.

Earlier In December 2016 Pittsburgh City Council vacated a property near Rivers casino for the development of the hotel and other related casino properties and for that the casino will pay $217,000 to the council.