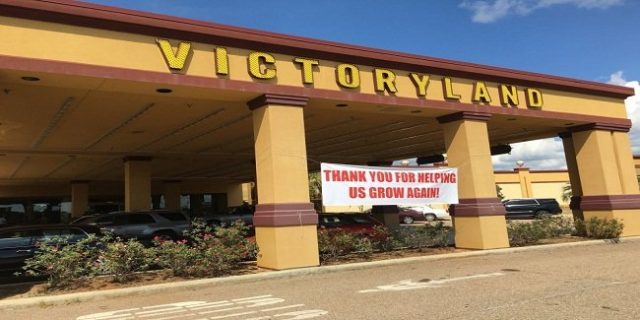 Victoryland casino in Macon County is in full form after three years of the raid by state authorities.

The casino reopens and it is providing electronic bingo gaming facilities to the player.

Milton McGregor, The owner of the VictoryLand casino was looking very happy and greeting the customers and supports.

He said that the casino had about 500 gaming machines and had hired at least 200 employees for the betterment of the casino.

Mr. McGregor also said that we have got more than 4,000 applicants looking for job, and this means we will be hiring more people, but it will take some time. We have to start and then the process of hiring will began. McGregor also mentioned here that “he is not that concerned about any other raid by the state authorities regarding this new soft launching of the casino, “but is a bit concerned regarding taking care of my customers and welcoming them at the casino”, McGregor said.

In a question regarding new machines, he said that the machines are tested at different levels and by independent testing companies and they are best of the available bingo machines. Meanwhile, he mentioned that Andre Brunson, the Macon County Sheriff has approved the new machines ate the casino.

Mr. McGregor said that each and every machine is tested by independent company and is also approved by the sheriff and his attorney andthey found that all the machines are working properly and are following every rule and regulation that is needed.

VictoryLand was raided back in 2013, when the state authorities sealed all 1,615 gaming machines and at least $263,000 of cash from the casino.

Meanwhile the Attorney General of the county Luther Strange issued a statement regarding reopening of the VictoryLand’s casino by saying electronic bingo is illegal.

Many people living in the region has welcomed the decision of reopening the casino. Many of them said that there should be more like this, because it’s a damn good industry and we need to have more than this.