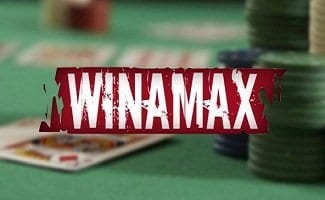 The company has said that it would take a chance to explore its services to more European regulated jurisdictions, currently it operates locally.

The details released by Winamax at its official linkedin page states that it would consider operating online casino  in countries like Spain, Portugal, Italy and United Kingdom.

The company has made it clear that it has started picking employees which are fluent in English, Spanish, Italian, and Portuguese.

According to the details, the company is now eyeing to operate in more European gambling regulated market and that is why it has considered of picking employees which suits it more. The company has decided to extend its international footprint for the first time.

It has been operating in France till now, but like many other gaming operators of Europe looking to expand their businesses in European Union, Winamax is taking this current step.

Last year, these above four gambling jurisdictions along with France were agreed to go for an online poker liquidity sharing and it also announced that first such agreement will be finalized by mid-2017.

Although online poker liquidity was a kind of agreement which had a lot of talk about in countries like France and United Kingdom, but only last year most of the players of the region decided to really make an agreement regarding this.

And for that reason France becomes the first country, which mobilized others to implement the rules regarding online poker liquidity.

Winamax initial markets would be?

According to media reports Winamax started hiring people who were fluent in Portuguese and Spanish for its development department. It means that Portugal and Spain could be first two countries where Winamax would like to enter. Let’s see what happens at that front.