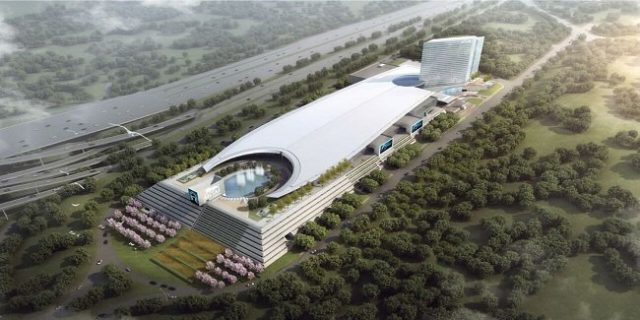 The officials of MGM National Harbor casino announced that the casino will open on December 8.

The $1.4 billion casino asset will be open just in time and will feature plenty of things in it. Officials say that many inaugural events will be held at the time of opening of this grand casino.

Bill Boasberg, the general manager of the casino said that we will have something for everyone and not only for casino lovers. It means if people visiting the arena, they are going to be awestruck.

They will have a great experience being here at the opening ceremony of the MGM National Harbor. It is not about the casino, but they will see a different style or boutique-style hotel, a hugh theater of 3,000 seats a conference center and many dining options.

The MGM National Harbor Casino will be the sixth casino of the state Maryland, which was approved by the Maryland General Assembly back in 2012, while legislation of making a Las Vegas-style casino gambling in the state was passed by a special session in the same year.

Meanwhile it was the not easy to grant the approval to the casino because many opposition leaders were opposing the bill by saying that, state risked an oversaturated gambling market, but the supporters of the casino stated and argued about the positive sides of the casino by saying that it will create thousands of new jobs in the state, region and will add millions of dollars to the state economy.

Mentioning the value of the place Bill Boasberg said that people will definitely love to be at spacious 125,000-square-foot casino floor and if they do not like to be there, they can explore many other things such as dining or entertainment.

According to him, this would be a perfect place for visitors or casino lovers. The 24 story luxury hotel will be one of the best places in the region to check out.

According to the projections, the traffic towards MGM national Harbor Casino could be doubled after its opening and hence Casino officials announced $10 Million for road improvement last month.